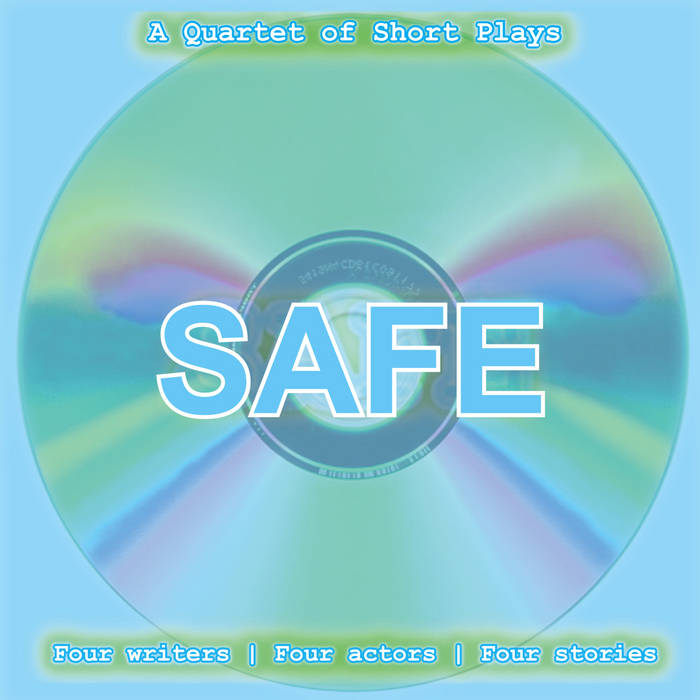 Tell Them You Were Brave by Mike Carter
Cathy, John and Steph are visiting their childhood friend Sol in Dubai to reminisce about the past. But Sol’s son is about to follow in the footsteps of his father...

Norah by Madelaine Moore
A young girl... A school janitor... A crow called Makassar... And a town living in fear.

Golgafrincham by Emma Reeves
“This is Doctor Carol Mortimer of colony Jerusalem One. We are experiencing some problems with the nuclear generator. However, as cold fusion technology is still experimental, teething problems are to be expected, and I for one anticipate no real cause for alarm...”

Produced and Engineered by DAVID DARLINGTON and JOSEPH LIDSTER for WHAT NOISE PRODUCTIONS
Additional Sound Design and Music by David Nagel
Based on an original chat among David Darlington, Joseph Lidster, Robert Dick and Alan Flanagan
Recorded in London, 2016
Thanks to Clark Alexander, Robert Dick

Mike Carter is the founder of the South London Writer’s Group and London Playwriting Lab having been busy writing for over a decade. In that time he has written work for many theatre venues and companies including a musical, A Month and Five Days, for The Pensive Federation’s Signi cant Other Festival, Poe: Macabre Resurrections for Second Skin Theatre, The Mesmer for Kimbo Theatre and Crow Theatre’s 5* im- mersive Jack The Ripper’s London. His full length play, The Trunk, ran at The Space Arts Centre 2014 and was described, oddly he thought, as “almost literally Schroedinger’s God” by ViewfromTheGods. Recently forming Odd Servants Theatre Company, he is returning to The Space March 2016 to premier his new play “Buster Keaton at The Hollywood Canteen.”

Daniel Hinchliffe trained at the Liverpool Institute for Performing Arts and has since worked as both a writer and an actor. Acting credits include Doctors (BBC), Treasure Island (Derby Playhouse) and Stig of the Dump, Tom’s Midnight Garden and The Railway Children (Image Musical Theatre). His writing has been performed as part of the Signi cant Other Festival at the Tristan Bates Theatre and the Collective Project at the Etcetera Theatre, both for The Pensive Federation. He has also presented a rehearsed reading of an extract of his play “A World Away” through the London Playwriting Lab.

J. P. Conway trained at East 15. Theatre includes The Knight From Nowhere/The Bells (Park Theatre), Why That And Not This? (The Hope Theatre, MAC Birmingham),which he co-wrote, and The Pool Party (In The Woods Festival). You can find him @johnpaulconway.

Walles Hamonde grew up as a 3rd culture kid within the American school system across the States, the Middle East and Europe. He graduated with both a BA and an MA from the prestigious Communications and Performing Arts program at Emerson College in Boston, Massachusetts, and worked briefly as a copy-writer before deciding to pursue his childhood passion of competitive gure skating. Several years, medals (and injuries) later, Walles hung up his skates and found his new calling in the acting world. Feature lm credits include “Mission Impossible: Rogue Nation” (dir. Christopher McQuarrie) and “The Adventurer” (dir. Jonathan Newman). TV includes “50 Ways to Kill Your Lover” (dir. Hanna Berrigan) and Mongrels (dir. Adam Miller). Commercial work includes “Volkswagon Touareg” and “The National Lottery”. Walles also starred in the Tate Modern’s historic live broadcast of “English Forecast”: a performance art installation by Dutch artist Nicoline van Harskamp, in which he spoke in 32 different accents.As a voice artist, Walles regularly records ADR on a variety of Film and TV shows, was the voice of James Patterson’s “Kill Me If You Can” for Isis Publishing, and plays series regular ‘Cody Hill’ on the Big Finish audiodrama “Dark Shadows: Bloodlust”.

Stephanie Ellyne is featured as Amy Jennings in ‘Dark Shadows’, recently nominated for the BBC Audio Drama Awards. Stage work includes the lead role of Mary in ‘Rest Upon the Wind’ at the Theatre Royal Haymarket, Riverside Studios, and touring the Middle East; Cindy Sheehan in the one-woman show ‘Peace Mom’; ‘Calloused Hands’, Soho Theatre; Virginia Woolf in ‘Mad Women in Attics’; and Madam Polly Adler in ‘Whore’, New Theatre Wimbledon. She appeared in the documentary ‘Backstage with Khalil Gibran’; played Amy in the feature lm ‘Mesocafe’, selected for the Gulf Film Festival in Dubai; was featured in ‘The Man Behind The Prophet’ on BBC World Service, ‘Open Book’ on Radio 4, and recently recorded an episode of ‘The Confessions of Dorian Gray’ for Big Finish.