by Louise Jameson and Nigel Fairs 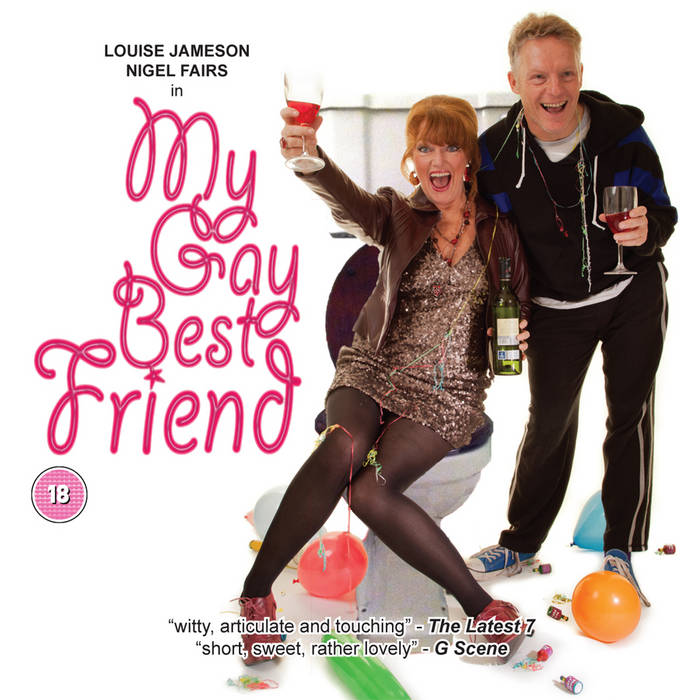 MY GAY BEST FRIEND is a heady mixture of high camp, melancholy reflection on friendships, and the childhood dramas that haunt us all. Racquell is a fiftysomething would-be diva who works in Boots, but is about to make her stage debut. She’s locked herself in the ladies, furious because her gay best friend Gavin isn’t there to support her; he’s sitting in a walk-in wardrobe, about to become a father with a lesbian couple and a turkey baster...

LOUISE JAMESON is a highly acclaimed actress of both stage and screen, where her roles have included Rosa de Marco in EastEnders, Leela in Doctor Who, Blanche in Tenko, Susan in Bergerac and Doc Martin’s mother-in-law from hell!   Her hugely impressive stage career began at the RSC and has encompassed roles with the National, Nunn, Berkoff and Ayckbourn, amongst many others.

NIGEL FAIRS has now had more plays produced than Shakespeare, as well as a handful of musicals, and his 28 years acting work have included the role of John George Haigh in the award-winning In Conversation with an Acid Bath Murderer, also produced by 368 and tlc productions.

Contains language and concepts some listeners may find offensive.

produced and engineered by
DAVID DARLINGTON

Thanks to DARYL CHAPMAN, ROBERT DICK and JOSEPH LIDSTER